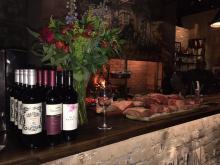 On November 22, the first Argentine Day in Durban was held in collaboration with the Argentine Restaurant Perón - Perón in the town of Ballito, province of Kwazulu-Natal, an Argentine commercial promotion event at which a wine tasting and Argentine Cuisine was offered to the guests.

Durban is the 3rd most important city in South Africa and is not only a tourist center that brings together several seaside resorts, but is the most important port in all of Africa and accommodates the largest container terminal in the southern hemisphere, over and above its industrial activity (it receives more than 5000 merchant ships a year and two thirds of the national container business is carried out through its port).

The inauguration of the event was hosted by Ambassador Mr Alberto D 'Alotto, who especially travelled to the city, accompanied by the official in charge of the trade section and local staff who collaborated in the organization of the event. The Embassy designed together with the aforementioned restaurant, a menu of Argentine cuisine specially prepared to accompany each of the Argentine wines offered.

On this occasion, 4 Argentine wines belonging to 4 Argentine wineries from the different wine regions were presented, of which 3 of them are not yet in the South African market, the idea was to enable their introduction into the local market. The participating wineries were:

A select group of importers, distributors, a South African sommelier and authorities from the Durban Chamber of Commerce attended as well as local media representatives.