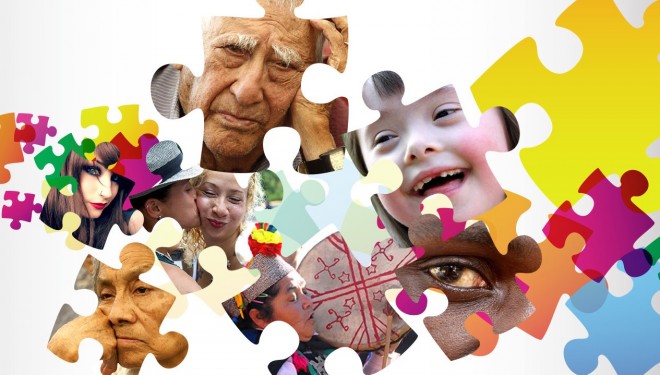 Through continuous development of legislation and institutional practices, together with the actions of various governmental agencies, including the National Institute against Discrimination, Xenophobia and Racism (INADI), and active participation by citizens, Argentina continues to make progress towards a society with greater opportunities for representation, recognition, and citizen participation, where differences are valued and acknowledged and the rights of vulnerable groups are respected and protected. This is realized by bearing in mind the duty of Government to ensure equality for all individuals, in accordance with the National Constitution and applicable international human rights instruments.

The Ministry of Foreign Affairs and Worship is permanently active in increasing Argentina’s participation in the main international discussions on the fight against discrimination, and develops technical cooperation actions with other countries to generate anti-discrimination policies, making the most of Argentina’s experience in the subject-matter.

Argentina was the tenth country in the world and the first one in Latin America to legalize marriage for all couples by means of Marriage Equality Law No. 26,218. In addition, based on the provisions of Article 20 of the National Constitution, Argentine law allows for marriage of foreign individuals who are not Argentine residents.

The Gender Identity Law, defined by United Nations Secretary-General Ban-Ki Moon as “some of the most progressive legislation in the world on same-sex partnerships and gender recognition,” enables all individuals to apply for a change of gender in government records and for a change of name and picture where they do not coincide with their self-perceived gender identity.

This legislative progress has correlated with Argentina’s active international role, which involved permanent support for existing universal and regional resolutions, and presence at events that seek to foster respect, non-discrimination, and the fight against violence based on sexual orientation.

Protecting older persons’ rights at an international level is one of the central aspects of Argentina’s human rights foreign policy.

Within the scope of the General Assembly, Argentina has presided over the Open-Ended Working Group on Ageing, created by Resolution 65/182 for the purpose of strengthening the protection of the human rights of older persons by considering the existing international framework with regard to the human rights of older persons and identifying possible gaps and how best to address them.

A variety of topics have been discussed at the meetings of this Group, including: age-based discrimination; social exclusion; independent life and access to health; social protection and the right to social security; violence and abuse, and access to justice.

Additionally, within the context of the Human Rights Council, Argentina and Brazil (on behalf of CELAC) presented an initiative whereby an Independent Expert on older persons’ human rights was established, a step of great global importance to increase the protection of this sector of the population.

Finally, there is a Working Group on Older Persons within MERCOSUR, one of whose purposes is to follow up and record progress made by the member States of the regional bloc on public policies in this field.

Both universally and regionally, a new paradigm has emerged regarding the treatment of the question of migration, so that the approach is now based on a human rights and non-discrimination perspective.

The entry into force of the International Convention on the Protection of the Rights of All Migrant Workers and Members of Their Families in July 2003 completed the core of universal human rights treaties. The Argentine Republic signed this instrument in August 2004, and ratified it in February 2007. The spirit of this Convention is manifested in National Migration Law No. 25,871, which provides mechanisms to access migration regularization.

Following several years of negotiations, in December 2006 the text of the Draft Convention on the Rights of Persons with Disabilities was concluded. The Convention became the first international treaty to deal specifically with the question of persons with disabilities at a universal level, going from a welfare and medical approach to a perspective based on human rights.

Within MERCOSUR, Argentina participates in the Permanent Commission for the Promotion and Protection of the Rights of Persons with Disabilities, under the Meeting of Senior Officials on Human Rights and Foreign Ministries of MERCOSUR and Associated States, whose 2015-2017 Working Plan includes regional harmonization of national standards for specific services and/or products for persons with disabilities as one of its objectives.

In the United Nations, Argentina actively participates in negotiations for resolutions relating to the protection of childhood. Additionally, in July 2016, Argentina must submit its next periodic report to the Committee.

At a regional level, Argentina actively participates in the Inter-American Children’s Institute, a specialized body of the OAS.

Within MERCOSUR, Argentina is a member of the Permanent Committee of the Niñ@sur Initiative, under the Meeting of Senior Officials on Human Rights and Foreign Ministries of MERCOSUR and Associated States.

OTHER SITES OF INTEREST

National Advisory Committee for Integration of People with Disabilities